Opinion: Public Authorities Should Encourage Suppliers to Switch to E-Invoicing

To make the most of electronic invoicing (e-invoicing), public authorities should actively encourage their suppliers to participate in this type of exchange, as it benefits both parties involved.

To make the most of electronic invoicing (e-invoicing), public authorities should actively encourage their suppliers to participate in this type of exchange, as it benefits both parties involved.

As of April 18th, 2019, it became mandatory for approximately 2,500 government bodies and contracting authorities in the Netherlands to be able to receive and process e-invoices from their suppliers. Although an active policy for all public authorities in the Netherlands has not yet been adopted, the central government, provinces, and large municipalities are already advanced in this area. In tenders, for example, contractors are required to submit e-invoices. Additionally, smaller municipalities often look for solutions to help them further stimulate e-invoicing with their suppliers.

The benefits of e-invoicing with government bodies are clear. First, because electronic invoice processing is automatic. Employees only have to do a check-up. Second, because you prevent errors, like those that sometimes occur during scanning. Moreover, the usual peak load at the end of the month is largely eliminated. As a result, financial departments can divide the work over a permanent team of experienced experts and do not need to hire external staff.

Public authorities have found that not all suppliers are eager to cooperate when it comes to adopting e-invoicing. Of course, it takes time before, for example, all 80,000 central government suppliers in the Netherlands have changed the way they submit invoices. Nevertheless, I’ve recently heard through the Dutch Multistakeholders Forum e-Billing (NMBF) that over 50% of the incoming invoices from the central government are true e-invoices, not simply invoices in a digital format. For other public bodies to reach that level, such as small municipalities, it is necessary for them to actively approach suppliers, tell them about the advantages (e.g. faster payment), and help with onboarding.

To make it easier for their suppliers—and for themselves—I advise government bodies to take a broader look at the digital capabilities of their administration. First off, they should make sure that their own outgoing invoice flow is in order, or rather, they should make sure that all of their exchanges occur electronically. If they take a look at their purchase orders and delivery notes, they will likely notice that many suppliers prefer to receive orders electronically and have the ability to send delivery notes in an electronic format. In other words, these suppliers have e-invoicing capabilities.

The next step is for government bodies to electronically inform these suppliers about the processing status of their invoice(s). To elaborate, suppliers should be notified when their invoice has been received, they should receive confirmation that the amounts are correct, they should be given a processing date, and they should be notified when the payment arrives. There are standard templates for accomplishing this, as well as templates within Peppol, the European protocol.

Eventually, I hope that all governments will make electronic invoicing mandatory from a certain date. In Italy, for example, e-invoicing is not only mandatory for business-to-government (B2G) transactions but also for business-to-business (B2B) transactions. Even in countries where e-invoicing is not mandatory for B2B transactions, it is not unusual for large companies to impose e-invoicing on their suppliers. Furthermore, I have heard from many suppliers that such a requirement can also help to make the case for an internal investment in e-invoicing; these businesses are required to go electronic anyway, and the mandate gives them a good reason to prioritize it. The advantage is that they can go to all governments with a one-off investment, because everyone works with the same standard. 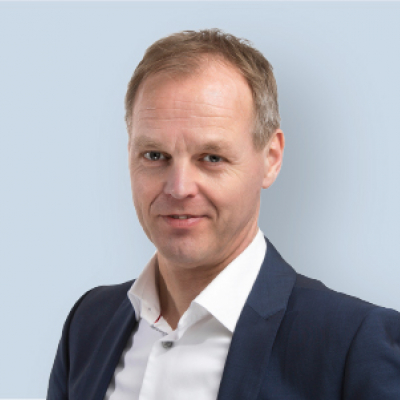