Amazon vendors are becoming increasingly aware of the conflicts of interest that can arise when all or part of their data is stored in the AWS Cloud.

As an increasing number of retailers and manufacturers are migrating to cloud-based solutions, and cloud-based EDI solutions in particular, there’s a lot of talk about the benefits of moving away from on-premise infrastructure and jumping on the software-as-a-service (SaaS) bandwagon. But these benefits are mostly generalized and don’t often explain the important role that cloud providers play in SaaS agreements with EDI providers. As we’ve recently noticed, this is an especially hot topic among Amazon Vendor Central sellers since EDI capabilities are a must.

To provide a little more context, all SaaS providers have some sort of agreement with one or more cloud providers of their choosing. The so-called “big 3” are Microsoft Azure, Amazon Web Services (AWS), and Google Cloud. Basically, when you enter into a SaaS contract with an EDI service provider, it’s very likely that you’re trusting one or more of these cloud providers to store your data in their public cloud, or rather, on a server that they own. In most cases, it’s a matter of AWS or Azure.

But this alone is no cause for concern. According to Gartner—and supported by what we’ve seen with our own customers—any debate around the utility of the public cloud as been put aside since the onset of COVID-19. However, retailers, manufacturers, and distributors that sell their products on Amazon are becoming increasingly aware of potential conflicts of interest that may arise as a result of feeding one of their largest competitors a significant amount of their data. That is, if all or part of their data is stored in the AWS Cloud.

Ways to Sell on Amazon

As the largest e-commerce marketplace in the U.S. with steady growth in Europe, selling on Amazon has become widely popular for retailers, manufacturers, and distributors alike. And it makes sense—54% of U.S. consumers start their product searches on Amazon. Not to mention, selling products on Amazon is a known way to boost visibility and increase sales, and it often results in a significant portion of total sales when used in combination with existing channels.

But before we get into why it’s so important for Amazon sellers to consider the potential implications of storing their data in the AWS Cloud, it’s good to know the various ways in which a company can sell their products on the platform: Amazon Vendor Central, Amazon Seller Central, or Fulfillment by Amazon (FBA).

Amazon Vendor Central is an invite-only web interface in which companies sell their products directly to Amazon in bulk for an agreed upon price. In this instance, manufacturers, and distributors act as first-party (1P) sellers—Amazon is the one that ultimately sells the products to the end consumers and likewise handles all logistical operations, including product storage. Amazon also determines product pricing.

Amazon Seller Central is an open web interface. Almost anyone can use the Amazon platform to list their products, and, therefore, become a third-party (3P) seller. In this scenario, the 3P seller is responsible for handling all orders and ships directly to the end consumer. Amazon receives a portion of the sale per transaction in exchange for providing the Amazon Marketplace.

Fulfillment by Amazon is for third-party sellers on Amazon Seller Central that might not have the manpower to fulfill orders on their own. With FBA, sellers pay a fee and send their products (often in bulk) to an Amazon distribution center. Amazon then ships the products to the end consumers as orders come in.

As already mentioned, Amazon Vendor Central is an invite-only marketplace. That means it’s pretty exclusive; Amazon has complete control over which companies they choose to work with. And, no surprise here, it’s typically reserved for larger manufacturers, distributors, and retailers—those with an outstanding reputation and steady business through their existing channels.

For the most part, companies are enthusiastic when Amazon invites them to be a seller on Vendor Central, and many of those who are currently selling via the marketplace have seen a lot of success. But as one Amazon forum contributor so perfectly explains, it’s “not an activity for amateurs.” We couldn’t agree more.

On the other hand, EDI isn’t a requirement for retailers, manufacturers, and distributors that are selling their products via Amazon Seller Central or FBA. Therefore, for these companies, finding a provider that offers EDI integration services with Amazon isn’t much of a concern.

When it comes to EDI integration with Amazon Vendor Central, choosing an experienced service provider that can provide seamless connectivity between your back-end system (ERP or other) and your Vendor Central management platform is critical. Not only to avoid high penalties for inaccurate data but to maintain a good reputation within the Amazon Vendor Central community. After all, your goal is to increase revenue through enhanced product visibility on Amazon. It would be counterproductive to become a seller on Vendor Central only to lose revenue due to non-compliance issues and inefficient order-to-cash processes.

Amazon EDI services that provide end-to-end integration will enable you to automate Amazon Vendor Central purchase orders and other necessary exchanges so that you can focus on prepping and sending your orders on time. But full integration with maximum flexibility often requires a cloud-based (SaaS) solution. And with a rise in concern over data privacy and a hypercompetitive e-commerce landscape, Amazon Vendor Central sellers are becoming increasingly aware of where their EDI data is (or will be) stored. That being said, it’s no longer unheard of for a company to decide against a particular EDI service provider based solely on their cloud provider.

Amazon has been repeatedly criticized for bullying partners and vendors and is notorious for employing “strong-arm tactics” in negotiations with companies that sell their products directly to Amazon via Vendor Central. This has resulted in countless horror stories and, due to their dominance as a cloud provider, creates a potential conflict of interest where customers are forced to consider working with a competitor.

So what does that mean, exactly? Well, according to an antitrust subcommittee, AWS is more profitable than the rest of Amazon, and that profit from the cloud business allows Amazon to keep funding its business. In choosing an EDI provider that stores customer data in the AWS Cloud, retailers, manufacturers, and distributors are indirectly supporting the growth of their largest e-commerce competitor. This, in combination with Amazon’s history of pressuring vendors into less-than-ideal agreements and their infamous habit of kicking vendors out of the platform without notice, has led to an overall lack of trust.

Are You Supporting the Growth of a Major Competitor?

Individual company beliefs and preferences aside, retailers, manufacturers, and distributors are well aware that, in most cases, working with Amazon is not an option—it’s a necessity. There are few, if any, other e-commerce platforms that even come close to competing. In this case, supporting Amazon’s growth is inevitable, but there’s at least some sort of pay-off for the sellers that have successfully grown their own presence via the platform.

Then there’s the notion of supporting Amazon’s growth in a different way by utilizing the AWS Cloud. In this case, there’s no “win” for the individual seller. This is especially true when it comes to the use of the AWS Cloud in the context of EDI and Amazon Vendor Central integration.

The majority of cloud-based EDI service providers are using either AWS or Azure to store customer EDI data. Currently, AWS claims that customer trust is their top priority and that they don’t access or use customer content without prior consent. So, at face value, there’s no harm in storing EDI data in the AWS Cloud aside from supporting the growth of a major competitor. But this has proven to be reason enough for many companies to enter into SaaS contracts with EDI providers that store customer data in the Azure Cloud as opposed to the AWS Cloud.

Of course, cloud provider isn’t the only evaluation criterion for choosing the right service provider for your Amazon Vendor Central EDI integration project. But it is a necessary one.

From our perspective, it’s important for Amazon Vendor Central sellers to realize the potential conflict of interest in choosing an EDI service provider that utilizes the AWS Cloud. For TIE Kinetix, the choice between hosting our FLOW platform and customer EDI data on AWS or Azure was easy: Azure is in the best interest of our customers, and, therefore, Azure is in our best interest.

For us, there’s no Azure Cloud vs. AWS Cloud debate when it comes to storing EDI data for our retail, manufacturing, and distribution customers. To put it bluntly, we don’t really understand why anyone would knowingly help the growth of their largest e-commerce competitor. But we also realize that selling on Amazon is pretty unavoidable in most cases. That’s why our FLOW platform enables seamless EDI integration with the Amazon Vendor Central management platform but utilizes the Azure Cloud to store customer data. 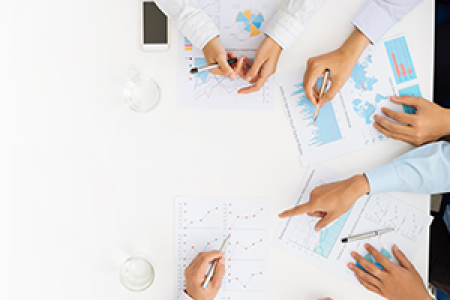 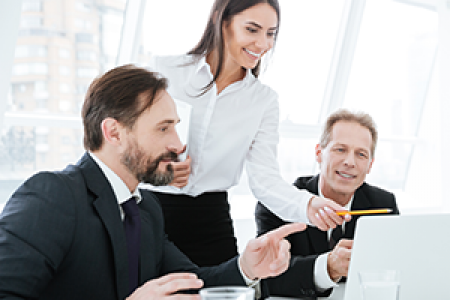 BlogTop 5 Benefits of EDIRegardless of industry, size, or technical capabilities, the benefits of EDI are countless. Here are the top five benefits (plus an added bonus). 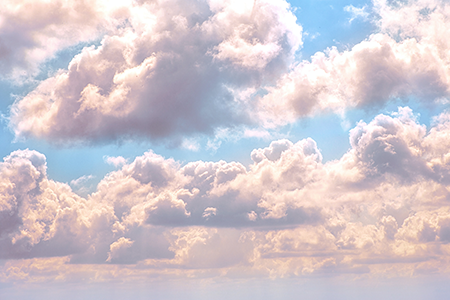 Blog5 Reasons to Switch to Cloud-Based EDITo outsource EDI, or not to outsource EDI: That’s the question. Here are some pros of adopting a SaaS solution.